How ecommerce helps a toymaker play with more retailers

Recognizing it needed a B2B ecommerce channel to keep up with its customers’ growing preference for doing business online, and to more effectively reach buyers at small retailers, toy manufacturer Melissa & Doug learned to play and win online. 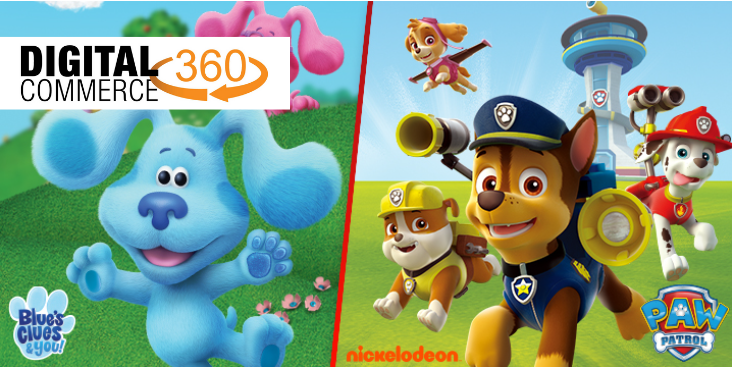 Launched in 1988, toy manufacturer Melissa & Doug LLC built its business by selling to mom-and-pop retailers. A decade later, it realized it needed to play in B2B ecommerce.

While its sales representatives were effective at servicing this customer segment as well as others—Melissa & Doug also supplies larger retailers such as Target and Walmart—the company realized its sales model needed to include B2B ecommerce to better serve the more than 10,000 small, local retailers that order $5,000 or more a year in product.

With no experience in B2B ecommerce, Melissa & Doug turned to digital agency Shift7 to help design and launch their new B2B portal. The first step was to learn what its customers, especially small retailers, wanted in the portal. Key attributes customers wanted were quick and simple account set-up, the ability to view previous orders, quick reorder functionality, and the ability to upload product information and images direct from the portal to their own ecommerce site.

Helping retailers get through market disruption

The latter was crucial, as the decision to launch the B2B portal was made in early 2020 just as the coronavirus pandemic was hitting, prompting many retailers to either beef up their ecommerce sites or quickly launch one to service the droves of consumers gravitating to online shopping. Having the ability to upload product data direct from Melissa & Doug’s wholesale portal meant that retailers can be assured of having the latest product data for their websites. 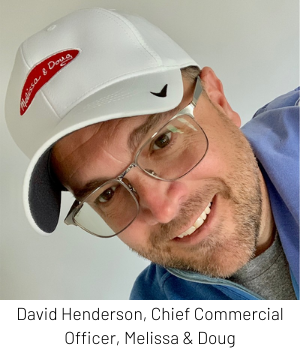 Within eight months, Melissa & Doug had built its portal, which launched this past March. “We knew we needed to move quickly with our B2B portal and have a roadmap in place on how to service our customers through it,” says David Henderson, chief commercial officer for Melissa & Doug. “Shift7 showed us the path.”

One of the chief challenges in building the portal was breaking down internal data silos to ensure B2B buyers have access to all the product and account data they need and to provide them with a high-touch, personalized service online. Melissa & Doug used Shift7’s Rocket accelerator service, which deploys Salesforce.com’s B2B Commerce on Lightning Experience platform and facilitates integration between the manufacturer’s customer portal and its back-office system. The overall system includes a homegrown ERP application, Boomi Enterprise Service Bus (ESB) cloud-based middleware, Cybersource security software, Salesforce order management system, and Sailthru cross-channel marketing platform.

“We knew we needed to have all our back-office systems connect to the portal so we could service the customer flawlessly on the day we launched,” Henderson says. “For us to manage all the data points buyers expected, such as the ability to view past invoices and receive updates on when orders ship, we had to know where all that data was internally, and how it moves through our back-office systems so we could flow it into the portal. We identified all that upfront.”

The toymaker’s preparation was critical in building a customer-serving portal, Shift7 CEO Andrew Walker says. “The Melissa & Doug team did it right by having deep customer research and understanding going into the project, so they knew which self-service features would be adoption drivers,” he says. “Connecting back-office systems to make order and customer data accessible to customers in real time through online self-service—that’s often the hardest part for our clients—but it’s critical to meet customer expectations. Once that data can be accessed real-time through Salesforce, there are silo-breaking benefits to all functions, and it really drives great customer experience.”

Since the portal’s launch, the average value of orders placed through it is three times larger on average than orders placed through sales representatives, the toymaker says. The company has also attracted a slew of new customers, mostly small independent and specialty retailers that the manufacturer was aiming to reach through its portal. Those customers have generated $10 million in incremental revenue since the portal’s launch. In addition, the manufacturer has lowered its cost to serve small customers by $450,000.

About 50% of order volume through Melissa & Doug’s customer portal comes from small independent and specialty retailers that place orders of $5,000 or more, Henderson says. In addition, 15% to 20% of buyers using the portal are placing monthly orders. “We thought this group would order in bulk once or twice a year, but that has not been the case,” says Henderson, who adds that all new customers are automatically onboarded to the portal.

One feature of the portal that buyers especially welcome is the ability to quickly showcase new products as they become available. “We can even offer buyers discounts on excess inventory, present cross-sell and up-selling opportunities, and let them build favorites lists,” Henderson says. “Our goal is to personalize the user experience.”

To build awareness of the portal among its customers, Melissa & Doug launched a marketing campaign that included invitations to customers to take a virtual tour of the portal. The campaign has been so effective that some customers that weren’t engaging much with the manufacturer’s sales representative prior to the portal’s launch are re-engaging through the portal as the self-service channel they had wanted, Henderson says.

“We told our customers this was the direction we were moving and that the portal would provide access to their account data and product data without having go through a sales rep, while providing a personal touch when it comes to service,” says Henderson.

Looking ahead, Melissa & Doug plans to enhance the portal to include adding live chat by year’s end and eventually real-time inventory counts that refresh through each day.

“The portal is about creating a better way of servicing our customers and reaching small retailers that can expand our business,” Henderson says.

Manufacturers evaluating online growth strategies are weighing their options to drive revenue. Some focus on online distribution footprint, some extend…

Here at Shift7, we’ve worked with top-tier B2B organizations and manufacturers for a while. In that time, we’ve noticed a…